Build 50 took me longer than I expected, but that was mainly because in addition to the controller support, I wanted to get in as much content and address as much feedback as possible.

Let’s go through everything that’s new:

This is the big one for Build 50. It’s a huge change and affected every menu in the game to some degree. If you have played DOE, then you know it has a lot of menus so that was no small task. The other goal was to not lose any functionality for mouse and keyboard PC players. I’d love to hear if you think I missed something!

I completely redesigned many menus to work better with the controller, and just because some of them needed it badly. The main ones to get an update: 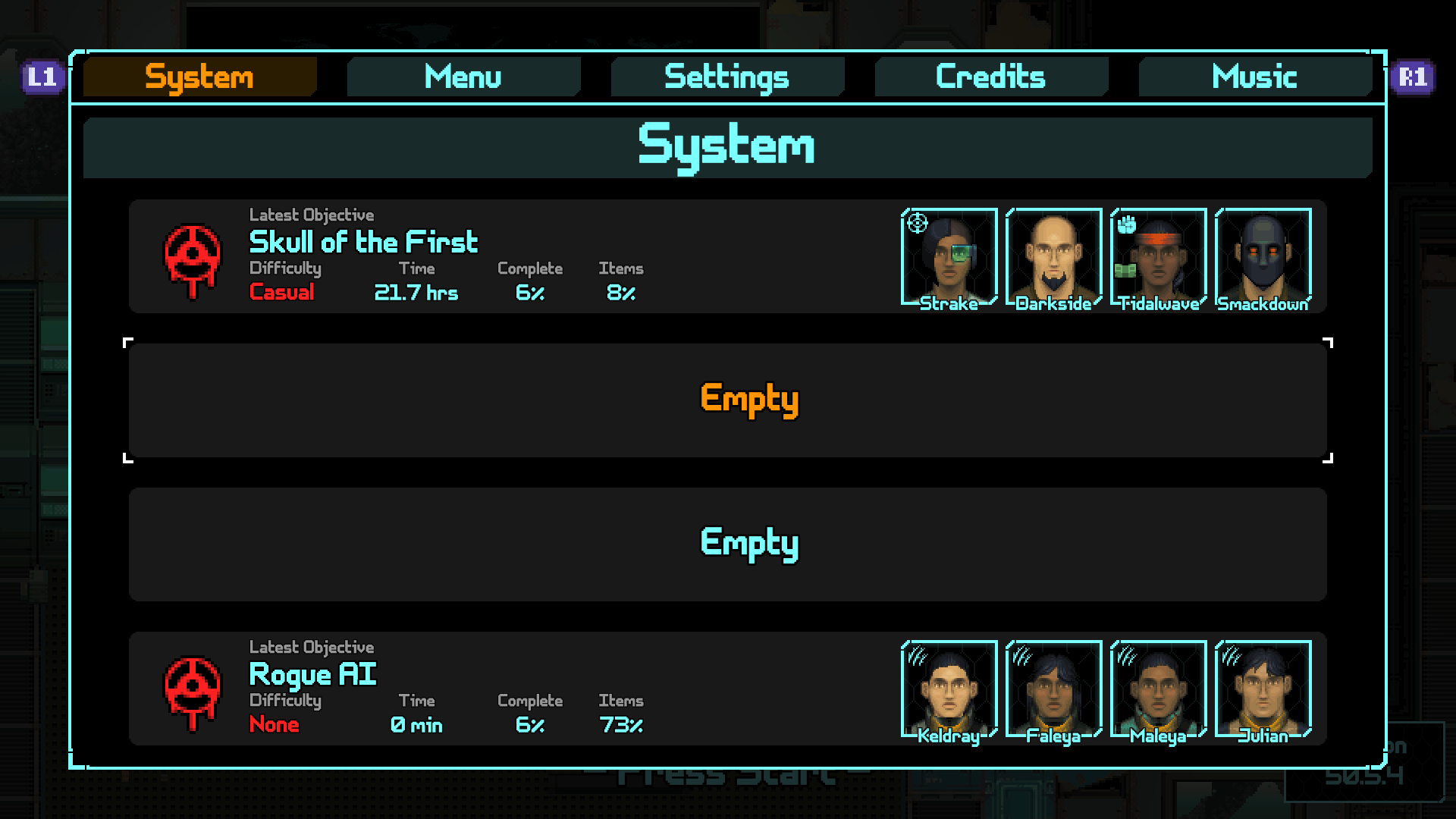 On most of the other menus, i made at least some small changes or refinements. It’s hard to list them all.

The next big thing was addressing the feedback that the enemies were too similar. I went through almost every enemy in the game and made major changes to their sprites and armor to try to make them more distinctive.

I also added a few new enemies to try to add some additional challenge a bit earlier. For instance, in the Feral Android objectives (they start with the Skull of the First), you now fight pods withb a feral trooper and a Bomber. The Bomber is equipped with a grenade launcher which should be a problem for you on the platform missions where it’s easier to get your team bunched up on the catwalks. 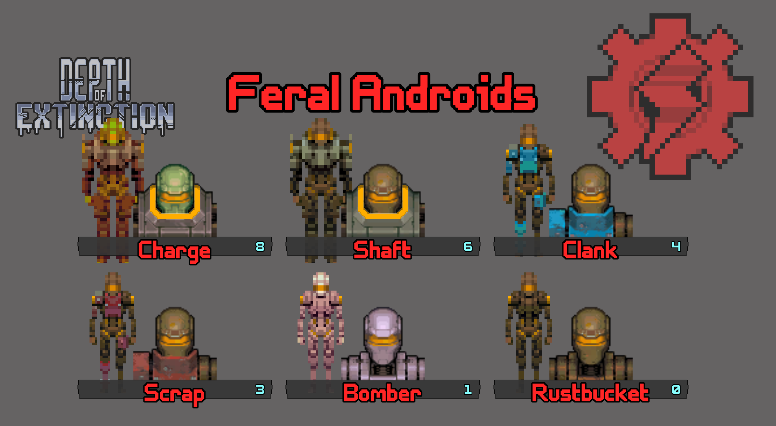 A few other things: 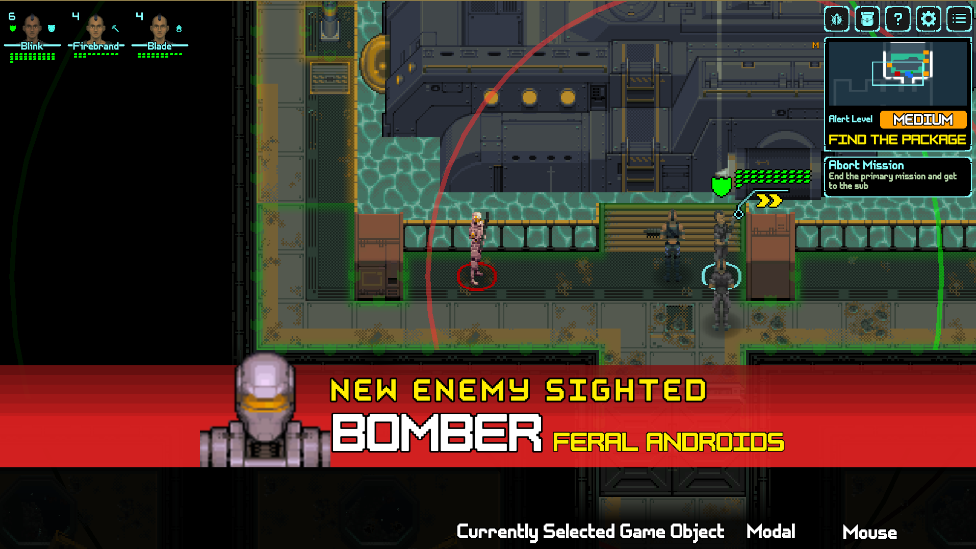 I was only able to get one small update into the maps. On the later “open” maps, the sub docking area is now always enclosed. Having this open lead to some scenarios where enemies spawned close enough to the player characters to immediately trigger. In later missions, this could result in starting with half your characters already significantly damaged. Now you will always have a chance to get ready before opening doors and potentially revealing enemies. 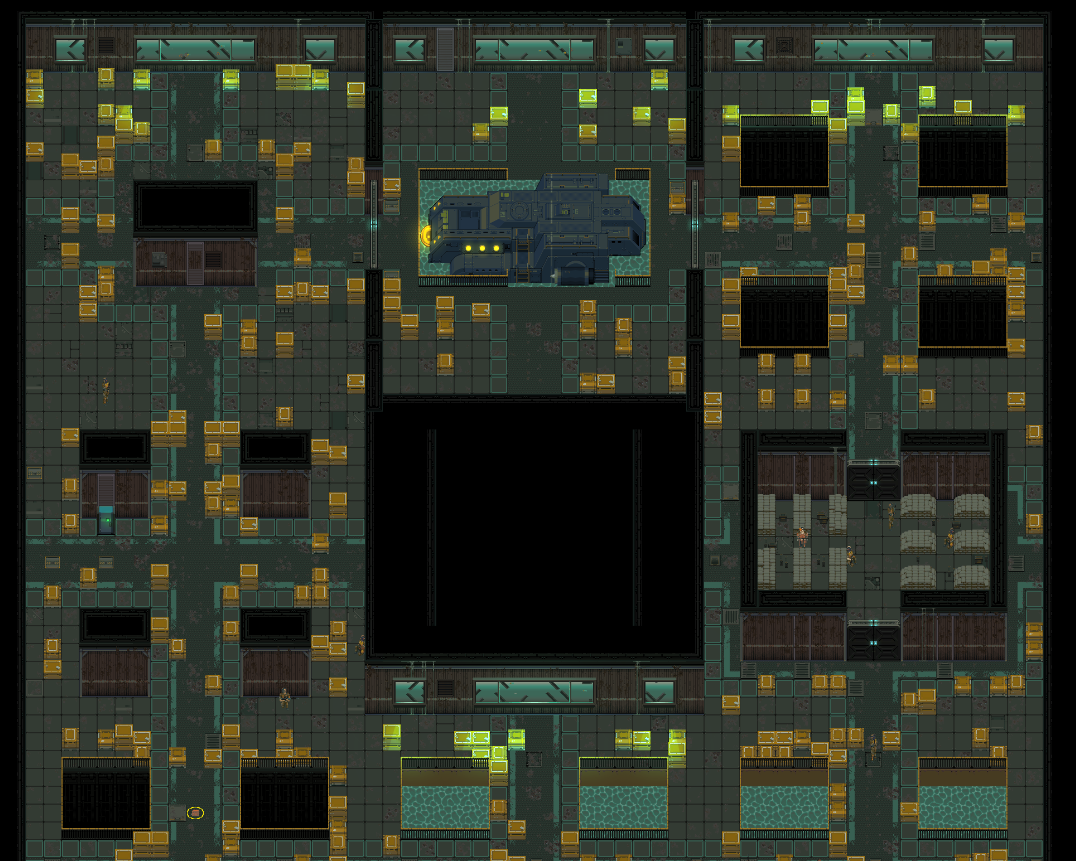 A few levels had a white floor that was pretty hard on the eyes and made the UI harder to see. I updated it to make it a bit darker. Grab a screenshot if you see more tilesets that you think need changes.

Loot containers were sometimes hard to spot so they now have a yellow pulsing halo similar to the loot drops.

I’ll be transitioning right to working on Build 51 with the goal of delivering it to Steam/GOG/itch over the summer. This will be 100% content update and hopefully will deliver the “definitive” version of the game.

Some details on what is planned right now:

I have several big changes to Subs in progress, including removing the sub “health” mechanic (that no one seems to like). I don’t want to give out too much yet but I’ll be adding in some new “sub systems” that heal and revive characters. These can take damage in encounters and become less effective.

I’ve heard numerous suggestions on adding a character injury system since (and before) launch. I have it prototyped and was tempted to include it in Build 50 but ultimately decided it needed more bake time.

I’m planning a larger map update for Build 51. The plan is to design larger rooms that fill multiple squares used by the current rooms. I’m also in progress on making some custom levels that can be tied to particular bosses.

I’m also planning to go back over all the sound effects currently in the game, and also to add a lot more.

People generally seem to really like the music used in the game. It’s great stuff by Kim Lightyear and Badass Wolf Shirt and I’m really happy with how it works in the game. That being said, the main criticism is of the loops I had made and that they are possibly too short. I’ll try to correct this in Build 51.