After a looooong wait, we finally have Build 43 ready to play! I’ll take you through what’s new!

The old builds had a few different scenarios that your team would have to tackle during tactical encounters, but I wanted to dramatically increase that in Build 43, and I think we succeeded. We’ve got a few more coming in 44 and 45 but here’s the current list: 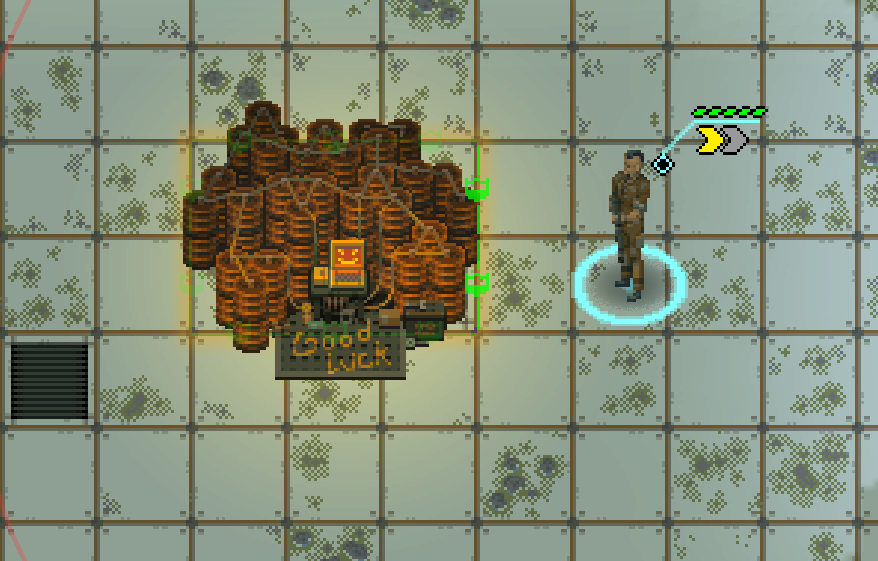 Raider terrorists seem to have left something for you 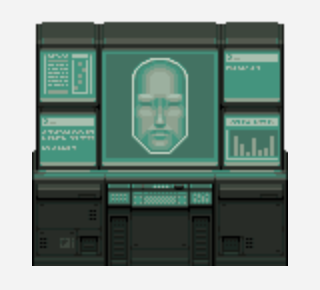 We’ve got a new concept in Build 43: Intel. This determines whether you get a marker for the scenario goal on your mini map. Intel can apply to a number of mission types, including Find the Item, Find the Hostage and Distress Signal.

Another new concept is Facility Defenses. At some point in your travels, you’ll find that the facilities start to fight back. Before you can open that loot box or hack a terminal, you might need to disable the facility defenses. Not doing that can result in turrets being deployed. We’re going to continue iterating on this over the next two builds with the first change being to have an element on the HUD to show you the facility defenses status.

The entire encounter system was overhauled in Build 43. We added a lot of complexity to the system and dramatically improved the writing. The new encounters will help you understand the lore of the DOE world a bit better and greatly improve the atmosphere of the game. Encounters can have a ton of different outcomes depending on what happens. Having the right character class in your party can also be beneficial to getting out of scrapes intact. 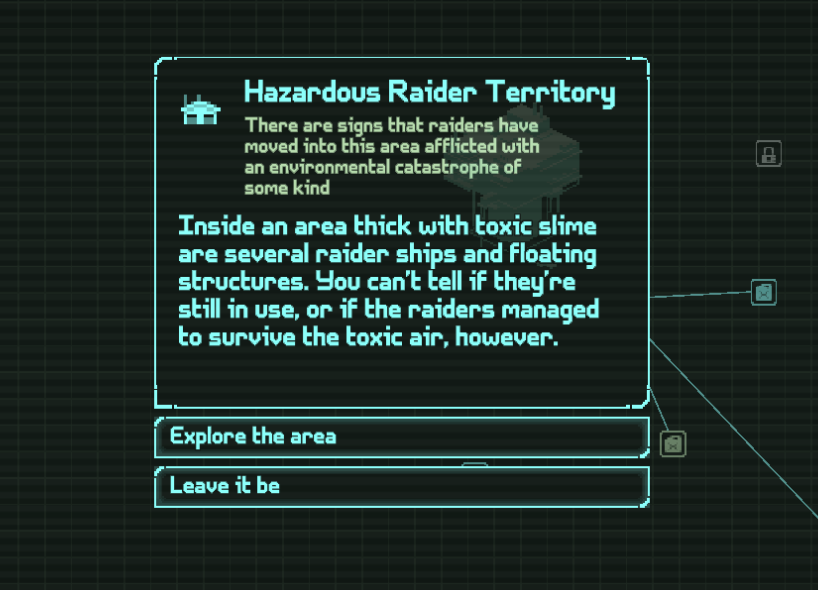 The Republic is a tough place to live (but the best option we’ve got) and so there are always problems that require an experienced team to solve them. Enter the objective system. In each main area of the world, you’ll have available objectives. We’ve got several types planned for the final game (and possibly content updates) but only a few are in Build 43:

As part of overhauling the objective system, the objective screens have also been given a makeover. Hopefully it’s now easier to choose your objective and set up your sub loadout.

Our artist @vakerics has really outdone himself with the new character portraits that you’ll see sprinkled around the UI in our latest build. These work in a very similar way to the character sprites in that they are layered and each piece of (visible) equipment is represented. So when your character equips that gas mask, you’ll see it in their portrait.

We’ve also got all of our enemies represented and they look awesome! Here’s a look at every enemy in the game.

We heard you! The loading times were a bit obscene in the old builds, especially as you got into the larger facilities later in the game. We’ve made some major strides in optimization, and are happy to say it has greatly decreased the time it takes to load up a level.

We’ve really overhauled the level generation as part of adding the new objectives. There are a lot more variations in the levels and they look much more polished. We’ve also added some new room types to the interior facilities.

Another important change that came from feedback from our First Access players was cleaning up the backgrounds to improve visibility. We’ve change a lot of the floor and wall colors to try to make it very clear what is what. We’ve made the cover shorter so it’s easier to see what is cover and what is a walkable tile. We’ve tried to make the level layouts less cluttered and make more sense.

One thing that has been missing for a while was a loadout screen to let you make changes to your team or perform a level up prior to launching the tactical missions. Now that this is in the game, it seems like a glaring omission from the alpha builds. 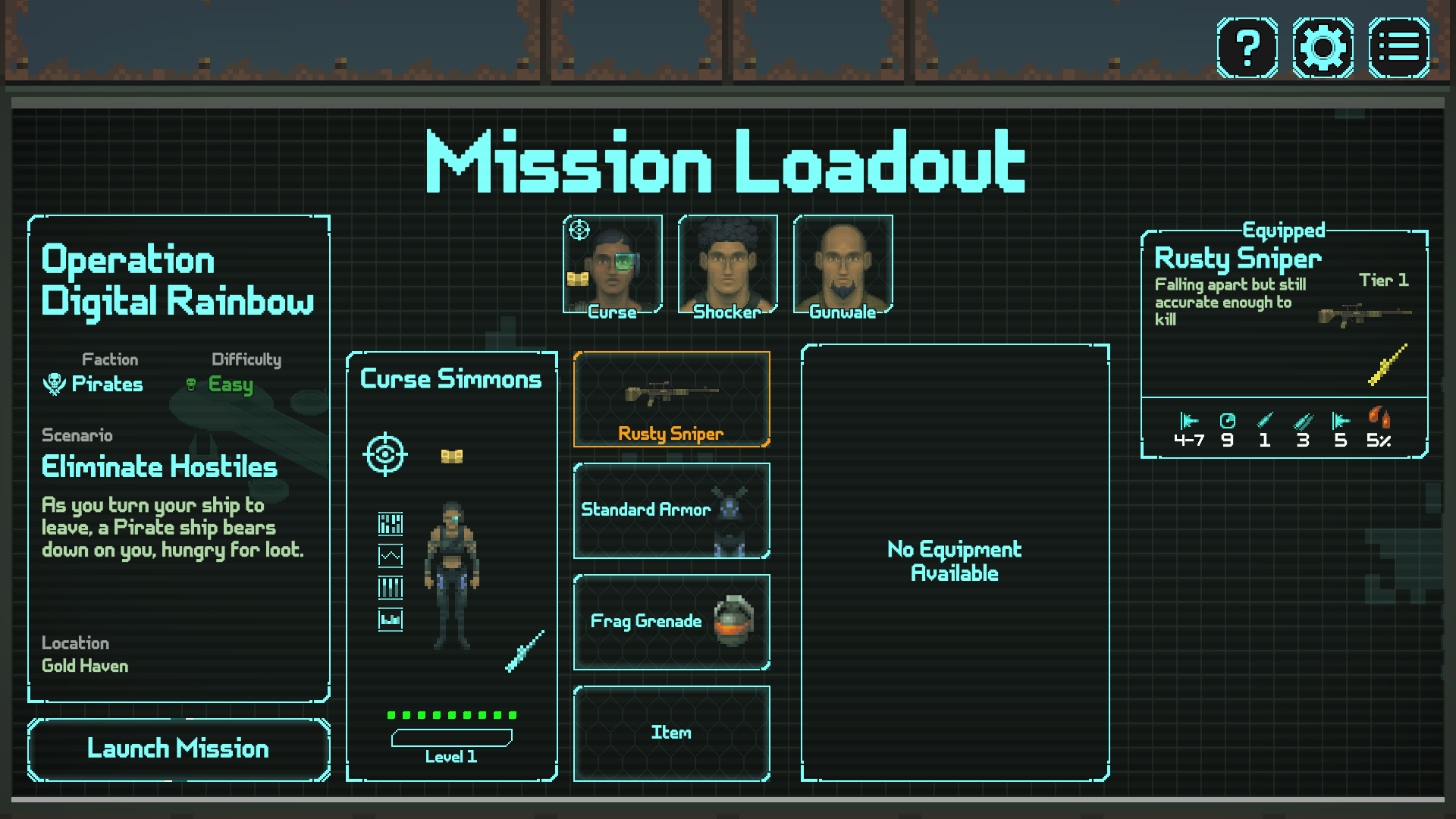 The AI system has been dramatically overhauled for Build 43, giving us options to easily tweak an enemy’s AI settings to make their attack patterns unique. Enemy grenade use is also vastly improved as they will now save them for situations when you’ve grouped your characters together, so be warned!

We’re also in progress on adding an AI follow mode to the player characters. You’ll be able to switch a character into follow mode which will let the AI perform their movements, following the closest manually controlled character. The AI character will stay in cover while moving and exit follow mode when encountering enemies. This was not quite ready for Build 43 but expect to see it in Build 44.

Many UX Improvements and Bug Fixes

So many improvements and bug fixes were made that it would be a challenge to list them all, but we’ll try to do it!

We've still got a few known issues in Build 43. We'll try to get a small patch out to address them prior to Build 44.

We've already talked about most of what we expect in Build 44, but here's a few more items:

"""Easy Mode - basically a "retry" option on failed tactical missions. we could also do some slight rebalancing on easy, like giving more health."""

What about, instead of level of difficulty, have toggles ? Health levels, Retry, Numbers of Enemies, Rewards... So everyone can chose what they like.

Like, maybe i want the hardest difficulties, but without permadeath and with a retry.

Or maybe i want to play it easy, but with minimum reward, and so on.

good suggestions. I’ll think about how those things could be done. Hoping to work on it this weekend.

Oh options. Options are something that everyone loves, you should disable achievements if you do that.