What's Next For Depth of Extinction? 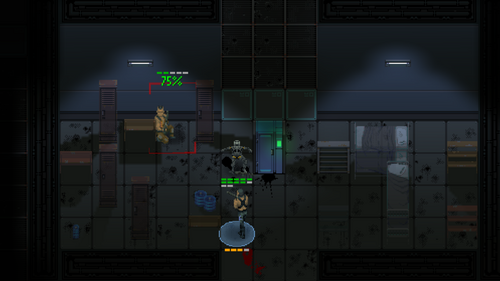 We've put a ton of work into Depth of Extinction over the last 6 months to get it ready for First Access. We are currently at over 60 copies sold, which is really amazing and has definitely exceeded our expectations! The feedback overall has been very good and we get a lot of suggestions and questions about where else the game could go before it is in its "final" form. We thought we would take some time to share a look at some of the features we have definitely planned for release. Our intention is to get more detailed feedback from our buyers by sending around a survey link and of course we love to see your posts on the message board or your tweets!

Additional Mission Types - We are planning to add in more  alternative missions that just find the loot and rescue the hostage, Some missions will have story based objectives while others might require you to defend an area or find an escape route for instance.

Environments - We have a ton of environment content that is not yet in the game and are still building more. A big piece of what we are planning is to let each "floor" of the current habitat you are exploring have a singular purpose. For instance, a reactor level, a medical area, android assembly area, storage, and we have more ideas here as well. The background elements of each habitat should be consistent but the floors will differ,

Skills, Status Effects and Buffs - The current system has a lot of content but we are planning to expand it event more by adding new statuses like burning, poisoned, bleeding, regenerating and panic to the current statuses (crippled, stunned). Skills that are currently in effect will be more clearly defined in future builds as well.

Revive, Death and Bleed Out States - Since our characters have perma-death, it only seems obvious that we should add in some way to revive the character, though at some risk. The current plan is to put a dead character in a "bleed out" state during which they can be revived by a character with a trauma kit. Winning the mission will also save the character.

Additional Enemy Faction - Current enemy factions are the Feral Androids, Raiders and Androids from the tutorial level. We'll be adding in a new mysterious Faction called the Cultists. They've got some strange beliefs that have evolved over the centuries and some rather unique weapons, skills and behaviors. We have more factions in mind but not sure when they will be realized!

More Weapons - We mentioned the Cultist weapons already but there are a number of new weapons that will soon be in the game. These weapons are much more powerful and you'll need to outfit your team with them in order to overcome the final few areas.

More Character Classes -  We've had to leave several classes out of the initial first access launch though we expect to add them back in one at a time over the next few months. Expect to see melee, defense and stealth oriented classes.

Story and Ending - We'll be adding in more story elements later in the development process, including character specific story arcs. We are going to experiment some with procedural story elements as well as static characters.

Game Balancing - A key element in any roguelike game and we are currently collecting data to help us understand player choices with regard to leveling up and where difficulty spikes occur. In every build we will be making small changes to adjust difficulty based on this data.

Melee Attacks - characters will be able to carry an additional melee weapon to use in certain situations. Some characters might be able to use melee as their primary attack with weapons that have a greater range,

Stealth - Some basic building blocks for stealth are in the game currently but we are considering adding even more options to enable alternative approaches to achieving objectives.

Merchants - in DOE, merchants have collected some powerful or rare items that they are willing to trade you for items you find in facilities. As there is no currency in the DOE world, you will have to find an acceptable trade combination for the merchant.

Character Customization - make characters your own by setting their name and other options. We took this out of the game to simplify things but definitely are planning to add it back in a future update.

Heads Up Display (HUD) - this is definitely on our list as we consider what is in the game right now to be placeholder to help us determine final feature set.

We will do another update in the next few weeks to talk about other possibilities we see for the game and also some of the user feedback we have received so far.