The World Opens Up: Build 39 Preview

Almost from the beginning of development of Depth of Extinction, I’ve envisioned the game as an open world RPG where you can explore and find interesting and unexpected things spread out in this crazy undersea world. For the past few months, a lot of effort has gone into thinking about the right way to bring that open world aspect back to the game.

Here’s the basic outline of what we plan to implement over the next several builds to bring the game into its final state.

The first change you will notice is that the map is now broken down into “Zones” that are primarily designated by the faction that primarily controls that area. Not all zones will be accessible initially, but all will unlock as the player progresses. The first missions will be of shorter duration in the Republic zone, which should allow players to acclimate to the game and be relatively low compared to the steep jump you experience after going through a few areas currently. 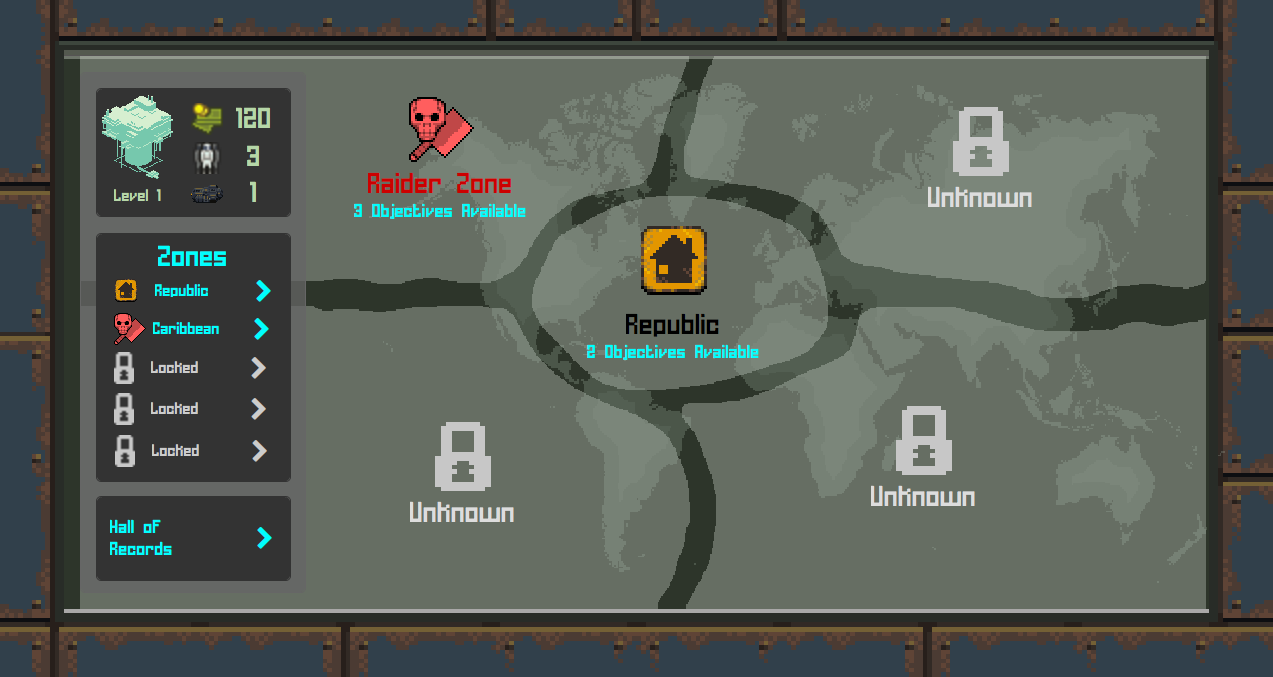 Available objectives will be visible on the Zone map. When you choose an objective, then you will be taken to the Loadout screen. 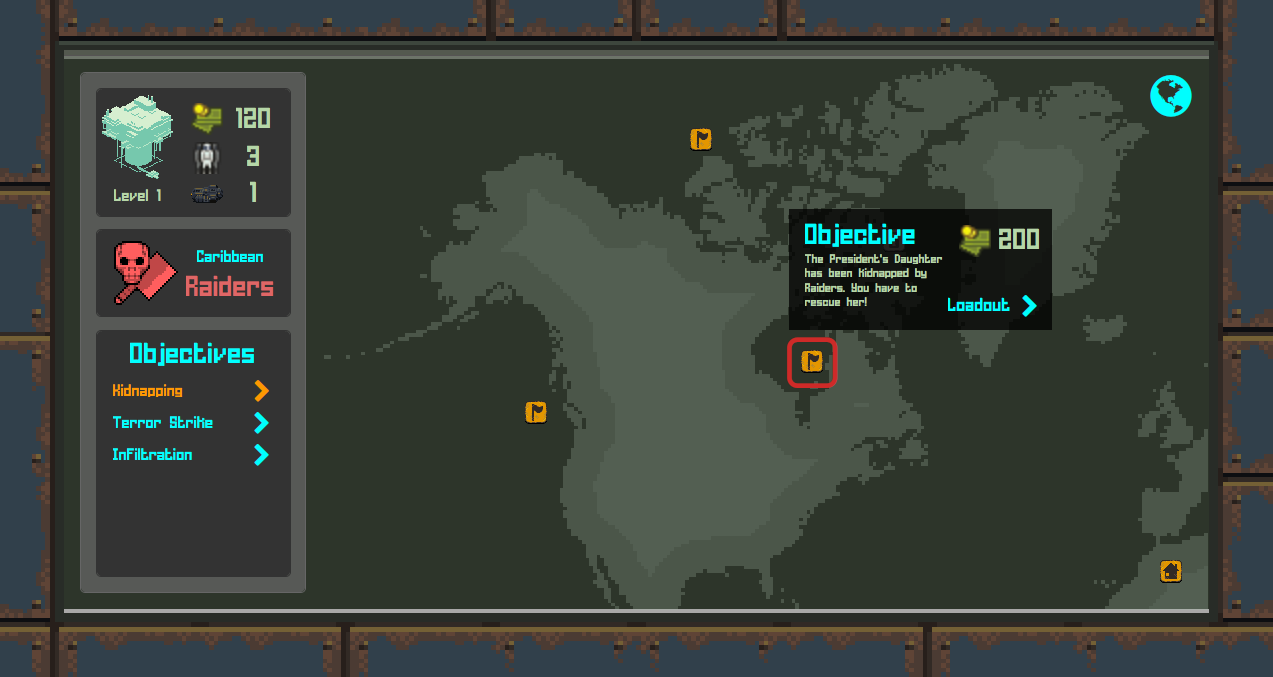 Loadout is where you will decide on the launch options for your team. The total funding available at the start of an objective, which can be spent during the Loadout, is the total of your funds plus the objective start bonus. 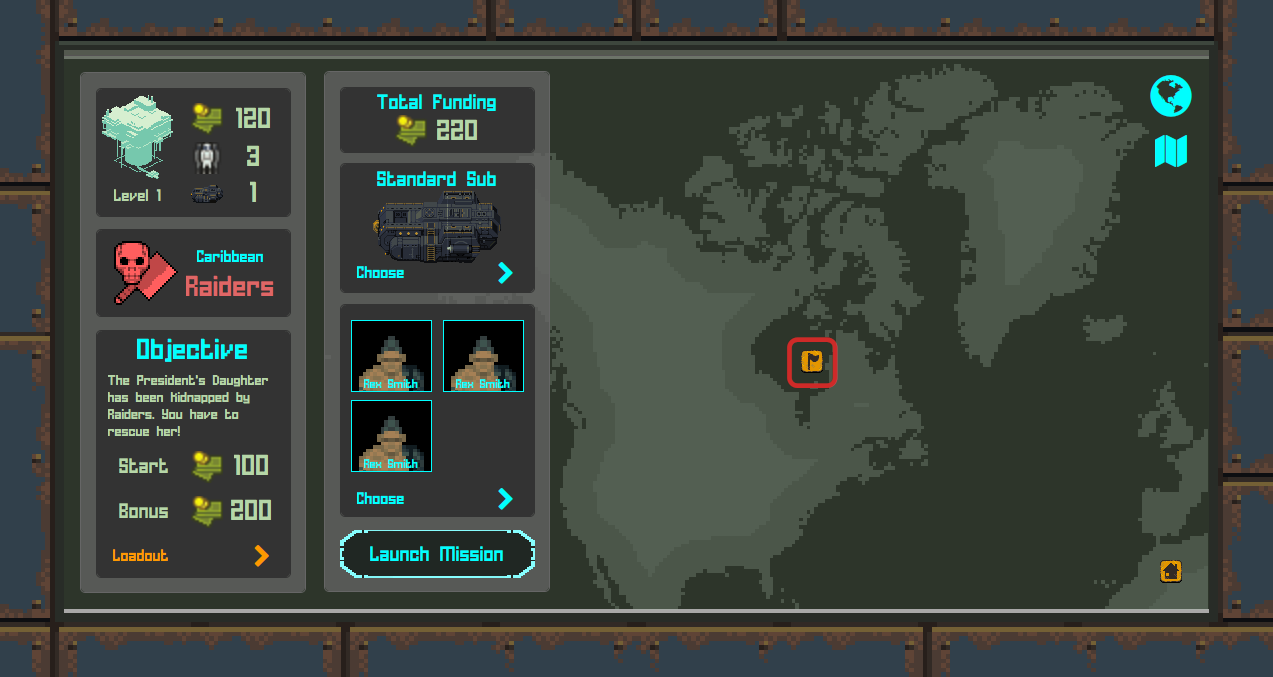 You’ll start off with a few team members on your permanent roster, but can choose to take or leave those team members with you, or supplement with mercs that are hired for only this objective.

Subs can also be rented for use on that objective. If you find a sub out there in the wild, you can let one of your characters pilot it back to base and use it on the next mission.

There will also be the option to abort an objective in progress and return to the base. There will be some penalties for failing or aborting an objective though.

We’ll continue to iterate on these ideas over the next few weeks as we get this ready for our First Access players to try out, so if you have feedback, we’d love to hear it.

Will we have a base or a permanent place we can upgrade ? I think you said something about the sub being the base and bringing some bonuses based on its installed techs. One of the success factor of these kind of games is the sense of parallel progression (characters + something else) and having a base to develop as you go on campaign is certainly a big part of this factor.

You could "build" your subs, with quarters (more total perma crew to pick from to build the dream team for each mission), tech bench (research or refactoring to improve loots), training (idle members still get some XP even if not in mission), tankers (more fuel to stock), engineering room (less fuel consuption when moving), negociation table (better prices on market), and so on.

On missions, you could have sub's parts to retrieve, or engi to free/capture and offer/force them to work to improve the sub, special shop with more or less rare pieces of crap for the sub, etc.

Yes, there will be a permanent base. All we are planning at the moment is to make this the hub that you work from to launch missions. No upgrading but it will be the place you can house your characters and subs you've found.

It's very possible we could continue to add features to the base but that's not the plan for the moment. The team is too small for me to feel comfortable adding a lot of new things into the scope and trying to keep a release date in the first half of 2018.